Chatsworth was home to Native Americans, some of whom left caves containing rock art. Chatsworth was explored and colonized by the Spanish beginning in the 18th century. The land was part of a Mexican land grant in the 19th century, and after the United States took over the land following the Mexican–American War, it was the largest such grant in California. Settlement and development followed.

Chatsworth was inhabited by the Tongva-Fernandeño, Chumash-Venturaño, and Tataviam-Fernandeño Native American tribes. Native American civilizations had inhabited the Valley for an estimated 8,000 years. Stoney Point is the site of the Tongva Native American settlement of Asha’awanga or Momonga, which was also a trading place with the neighboring Tataviam and Chumash people. The nearby Burro Flats Painted Cave remains a legacy of the Chumash culture’s rock art and solstice ceremony spirituality.

Chatsworth is the home of the National Notary Association and the headquarters for Premier America (formerly Litton Federal Credit Union) and Matadors Community Credit Union.

The Santa Susana Field Laboratory (SSFL), once busy with Rocketdyne testing rocket engines and Atomics International doing nuclear research, is quiet and high in the Simi Hills west of Chatsworth.[52] It has been closed, will undergo an extensive environmental cleanup, and will become an open-space park. The park will permanently add to Chatsworth’s scenic backdrop, greenway, and hiking opportunities.

Some current businesses based in Chatsworth are Capstone Turbine, Natel Engineering, and Hydraulics International. Lamps Plus has production and distribution facilities here.

Titus Software’s United States subsidiary once had its headquarters in Chatsworth.

Seltzer Motor Industries, of Chatsworth, in 1979 produced the Willow, a two-seat sports car kit. It is the first transverse, inline four-cylinder, mid-engined kit car ever offered to the public.

The 2000 U.S. census counted 35,073 residents in the 15.24-square-mile Chatsworth neighborhood, or 2,301 people per square mile, among the lowest population densities for both the city and the county. In 2008, the city estimated that the population had increased to 37,102. In 2000 the median age for residents was 40, considered old for city and county neighborhoods; the percentages of residents aged 35 and older were among the county’s highest.

The neighborhood was considered to be ethnically “moderately diverse” for both the city of Los Angeles and its county, with a relatively high percentage of whites and of Asian people, and a sizable Hispanic/Latino community. The breakdown was Whites, 65.7%; Asians, 14.4%; Latinos, 13.5%; Blacks, 2.2%; and others, 4.2%. Korea (10.4%) and the Philippines (9.3%) were the most common places of birth for the 25.2% of the residents who were born abroad—a low figure for Los Angeles.

The median yearly household income in 2008 dollars was $84,456, considered high for the city. The percentages of families that earned more than $40,000 was considered high for the county. Renters occupied 28.9% of the housing stock, and house- or apartment-owners held 71.1%. The average household size of 2.6 people was considered average for Los Angeles.
In 2000 there were 2,933 military veterans, or 10.8% of the population, a high percentage compared to the rest of the city. The percentage of married people was among the county’s highest. The rate of 10% of families headed by single parents was low for the city.

The Chatsworth Branch Library, operated by the Los Angeles Public Library, is located at 21052 Devonshire Street. It was rebuilt in a modern style in 2002.

The Chatsworth Post Office, of the United States Postal Service, is located at 21606 Devonshire Street.[

Schools within the Chatsworth boundaries are: 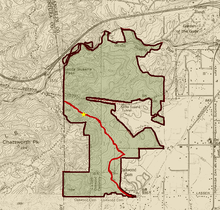 A distinctive feature in Chatsworth is the Chatsworth Dam and reservoir. Built in 1918 as part of the Los Angeles Aqueduct system, the property belongs to the Los Angeles Department of Water and Power. Due to increasing concerns of the water quality because of algae plumes and storm water inflow, it was taken out of service in August 1969. After the 1971 San Fernando earthquake additional concerns for seismic safety led to its abandonment by the LADWP as a storage facility.[48] Chatsworth Oaks Park and the Chatsworth Nature Preserve are located here giving views of migrating birds and other animals, and their sounds such as the coyotes calling in the evening. The views of the rocky and dramatic Simi Hills surround the open space.[49]

Chatsworth Reservoir is classified by the Los Angeles Times as a city neighborhood, but “because there are relatively few homes in this area,” the Times does not provide separate statistics for it, but adds them to Chatsworth.[50] The Devonshire and Topanga stations of the Los Angeles Police Department provide services in the area.[51] 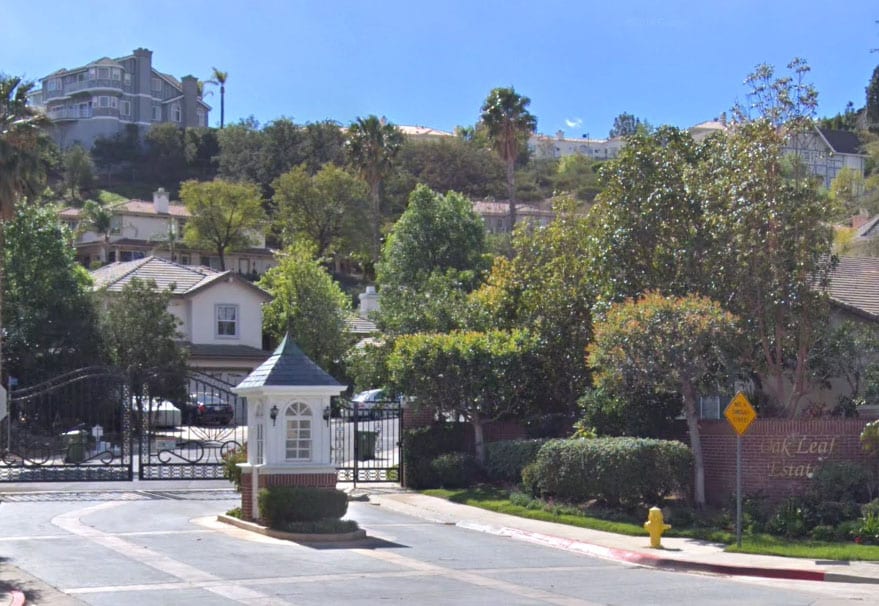 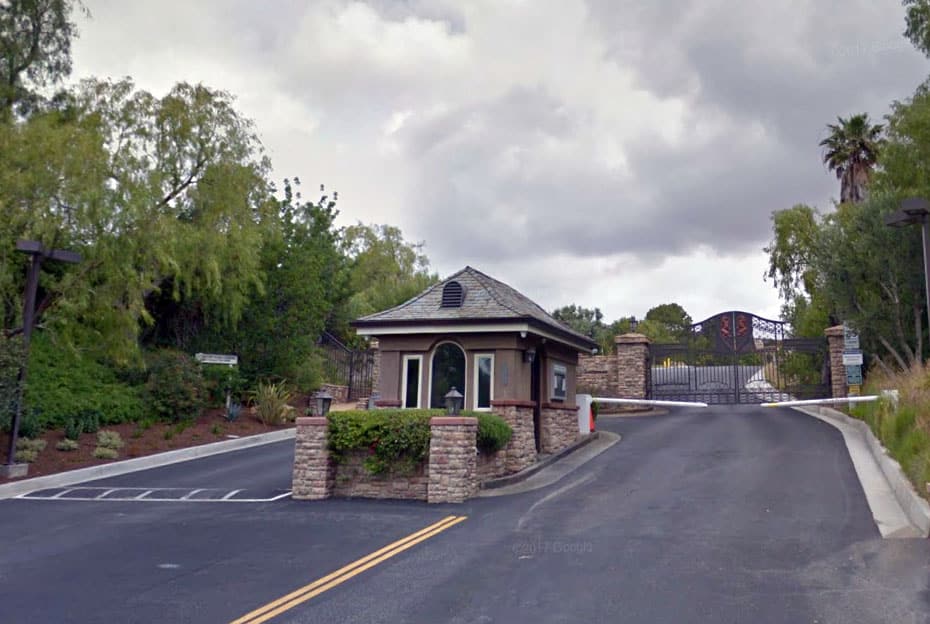 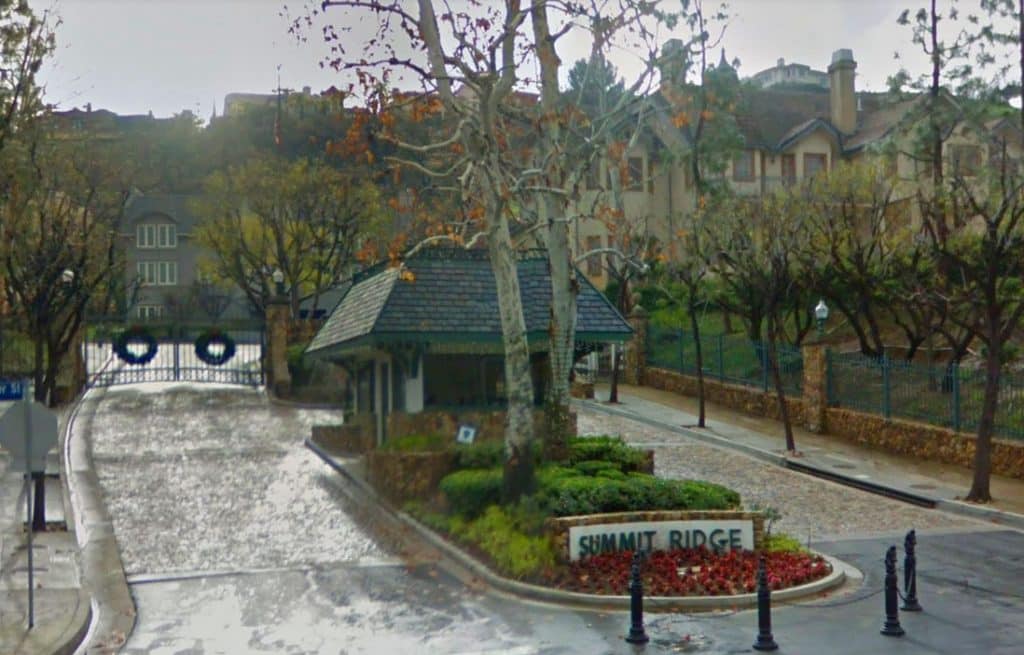 Below you will find all active homes in Chatsworth CA